Since its publication in Hebrew in 2005, White City, Black City: Architecture and War in Tel Aviv and Jaffa has become a part of the canon of critical spatial studies in Israel. This long-awaited English edition is most welcome. The original Hebrew edition was published a year after UNESCO had, because of Tel Aviv’s singular concentration of interwar modernist architecture, declared “The White City of Tel Aviv” a world heritage site.1 Since then two parallel dynamics have taken place. While the brand name “White City” has become a powerful economic and cultural engine, a magnet for global tourism that has dramatically changed the face of the city, the book itself has opened up an important critical avenue into understanding the cultural, political, and urban processes that gave rise to this phenomenon. 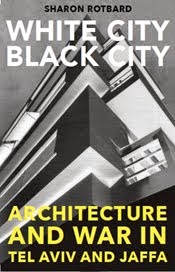 "The history of Tel Aviv, presented for a moment as an architectural history, can be seen as a part of a wider process in which the physical shaping of Tel Aviv and its political and cultural construction are intertwined, and plays a decisive role in the construction of the case, the alibi, and the apologetics of the Jewish settlement across the country."
—White City, Black City

In 2004, the city of Tel Aviv was declared by UNESCO a World Heritage Site, an exemplar of modernism in architecture and town planning. Today, the Hebrew city of Tel Aviv gleams white against the desert sky, its Bauhaus-inspired architecture betraying few traces of what came before it: the Arab city of Jaffa.
In White City, Black City, the Israeli architect and author Sharon Rotbard offers two intertwining narratives, that of colonized and colonizer. It is also a story of a decades-long campaign of architectural and cultural historical revision that cast Tel Aviv as a modernist “white city” emerging fully formed from the dunes while ignoring its real foundation—the obliteration of Jaffa.
Rotbard shows that Tel Aviv was not, as a famous poem has it, built “from sea foam and clouds” but born in Jaffa and shaped according to its relation to Jaffa.
His account is not only about architecture but also about war, destruction, Zionist agendas, erasure, and the erasure of the erasure.

Rotbard tells how Tel Aviv has seen Jaffa as an inverted reflection of itself—not shining and white but nocturnal, criminal, dirty: a “black city.” Jaffa lost its language, its history, and its architecture; Tel Aviv constructed its creation myth. White City, Black City—hailed upon its publication in Israel as ”path-breaking,” “brilliant,” and “a masterpiece”—promises to become the central text on Tel Aviv.

"This is an important and fascinating expose through architecture, geography and history, of the rise of the Jewish city of Tel Aviv, the fabled ‘white city,’ and the degradation of its Arab neighbor, Jaffa, once the bride of the sea, into a chaotic, degenerated urban backwater. A sad but revealing history of how myths are forged and histories corrupted."
(Raja Shehadeh, author of Palestinian Walks: Notes on a Vanishing Landscape and winner of the Orwell Prize)
"Mr Rotbard chips away at the façade of his birthplace. He describes how Tel Aviv supplanted Jaffa’s Arab-owned orange groves, and goes on to explain how, in the violent birth of Israel in 1947-48, Jewish paramilitary fighters overpowered and subsequently largely levelled the city from which it had sprung. His tale of Tel Aviv’s growth from a Jaffa suburb founded in 1909 to a metropolis whose population grew 20-fold in the 1920s is gripping."
(The Economist)
"A superbly researched and exemplary architectural study ... If you want an explanation of the roots of the Israel-Palestine conflict – and of just how deep they go, right into the very foundations of the buildings – this book gives one of the most unusual and convincing accounts."
(Owen Hatherley, Guardian)
"Rotbard, ultimately, is neither impartial observer nor objective researcher. His writing is impassioned and emotive. He makes no secret of the fact that he is deeply invested in the subjects he writes about, particularly the neighborhoods of south Tel Aviv, where he lives. 'Whoever wants to change a city must first change its story,' he writes. And that is precisely what White City, Black City sets out to do."
(Jesse Fox, Haaretz)
"a path breaking and brilliant analysis that combines architecture, urban design, military strategy and general culture into an exhilarating war of streets and homes. If every city should have a book – one book -- this should be that of Tel Aviv, sitting on the same shelve as Koolhaas’ Delirious New York, Patrick kieller’s London and AbdouMaliq Simone’s Duala."
(Eyal Weizman, author of A Civilian Occupation: The Politics of Israeli Architecture, Hollow Land: Israel's Architecture of Occupation, FORENSIS)
"a challenging book that deserves to be read and argued over… Rotbard here slaughters an especially sacred cow: Tel Avivness… There are many books on architecture and even more books about history and politics: this book intertwines the two; it is well written"
(Tom Segev, Haaretz)
"a fundamental, fascinating and clever book on architecture in the service of politics".
(Adam Baruch, Maariv)
"White City, Black City is not a book about architecture. It is a political text written in a beautiful clear language, under the cover of a book on architecture… one of the most radical texts published in Hebrew in recent years."
(Joanna Gonen, Time Out)
"a responsible, sharp, critical project, in which Rotbard reads the Zionist representations of Tel Aviv… written with a political and esthetical responsibility: not only in relation to his discoveries, but also in relation to the censored political story of the Tel Avivian landscape, that its false signs are freedom, secularism and progress. Rotbard demonstrates how the cultural imagination marks its narrative on the place, and more important from this, he draws a straight line between the fiction of 'the flourishing of wilderness' and the actual contemporary violence that is supported upon it."
(Omri Herzog, Haaretz)
"Rotbard writes counterhistory, subversive history, which contradicts the official story of the White City that grew and flourished among the sand dunes. As Benjamin puts it, 'he brushes history against the grain'.”
(Michael Feige, Journal of Israeli History)
"Rotbard’s book is a masterpiece of critical essay writing. The book analyses the 'White City' discourse that has attended the city since the 1980s shaping both the city and its local and international image. Rotbard examines the political, urban, cultural and social contexts that gave rise to this image, and exposes its removal from reality.
Rotbard’s fascinating move transcends the narrow architectural discourse, offering a comprehensive cultural analysis of the ways in which communities produce a likeness of their city. Rotbard uncovers the various ‘black’ layers that Tel Aviv arose from, virtually all of which contradict the image of the white city rising from the sands. He deconstructs the conventional local cultural dichotomies regarding the Primitive Arab style vs the Modernist Judeo-European, and general cultural dichotomies between the Establishment and the counterculture."
(Ariella Azoulay, author of Death's Showcase: the power of image in contemporary democracy, The Civil Contract of Photography, From Palestine to Israel: A Photographic Record of Destruction and State Formation, 1947-1950, Civil Imagination: The Political Ontology of Photography)
"It is very easy to live somewhere and to assume that what one sees is what had always been. Especially in a place which so to speak lacks apparent history like Tel Aviv (in opposed to Jerusalem for example). Sharon Rotbard's book White City, Black City, looks at the white paint of Tel Aviv's buildings not as an esthetic artefact but as a covering and a concealing layer. One may compare this book to the scratch of a nail upon a white wall. It is spine-tingling as it may sound. What is exposed is a Pandora box of expropriation, expulsion, blackening of a city, urbicide. The dissapearance of Jaffa in Nahum Gutman's drawings; propaganda pop songs about Jaffa’s "the big zone"; architectural conservation projects; a museum which is half an Arabic house, half a modernist glass box; the "empty" dunes enabling to imagine a clean start; open lawns once a Jewish-Arabic neighborhood; the book slowly unveils a mosaic of stories that so many Tel Avivians would not want to hear but are so interesting to know. It is hard to imagine a home in Tel Aviv in which this book is not to be found, even if its mere existence would shake a bit its walls."
(Dror Burstein, Novelist, Ynet)

Cover of the Hebrew edition 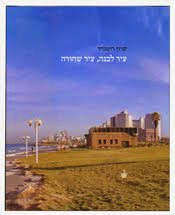 Cover of the Russian edition 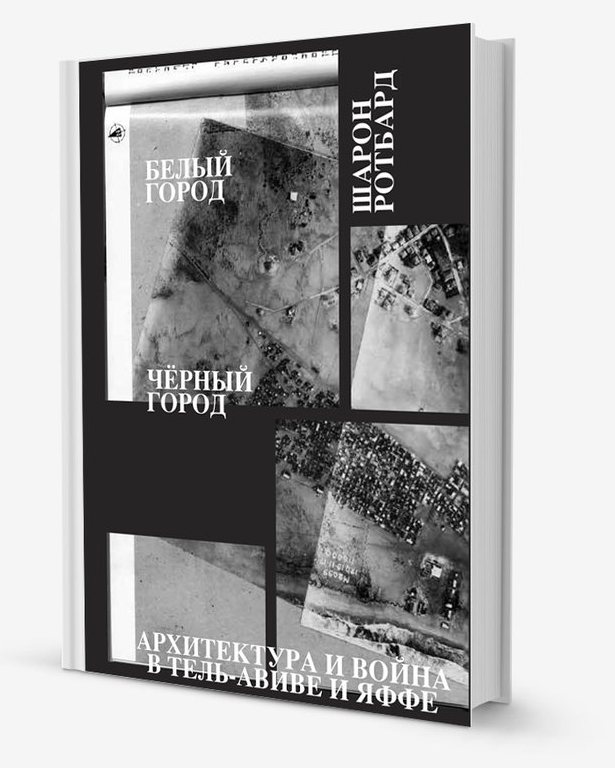 is an Israeli architect, author and publisher, co-founder of Babel Press. He is Senior Lecturer in the Architecture Department at Bezalel Academy in Jerusalem and Guest Chair of Architecture at the CARE School of Architecture in Tiruchirappalli, Tamil Nadu, India. He is founder and head of Spontaneous Architecture.org